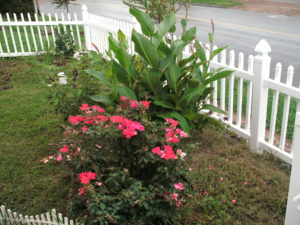 While purging the weeds and helping my flowers to reach for the sun, I always listen for the tales of Nature. Nature always provides a training session that I can apply to my life, if I just slow my pace and listen. Just like a bee knows where to find the nectar of the flower, if I listen, I find the nectar in Nature’s life lessons. 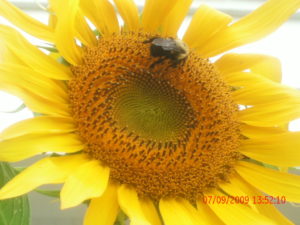 Recently, while pulling weeds I noticed something about my hydrangeas and my knockout roses. I planted them right after I built the house. They hydrangeas were puny and didn’t look like they were going to make it. I became worried if they would survive those first years with all the snow we had. 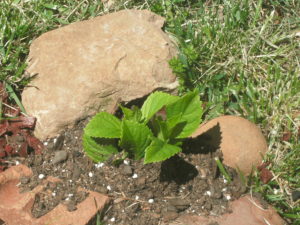 I think the hydrangea was actually mowed over once. Poor thing, it didn’t look to well. One year, I think it decided not to even try to grow. The knock out roses received praises from everyone from the neighbors to the mailmen to the random passerby. They were glorious and went well with the previous color scheme. They stood tall and proud. I would receive cuts and scrapes every time I tried to pull weeds from killing them. Ouch!

The Hydrangea, was self-contained, but solid. it kept the weeds away and grew tightly knitted so weeds were easily removed without any problems at all. I noticed that the rose bushes had all types of weeds, although it was full of thorns for protection, it would constantly allow whatever predator invade its space without any fight at all. It looked good, but it never protected itself. The only person it protected itself from was ME! Ouch! Every time I tried to kill the weeds, I was attacked by the rosebush! It loved hanging with weeds! It enjoyed being diseased. It seem to enjoy being crippled and attacked. The rosebush enjoyed the abuse so much until it was hard for me to tell where the weeds started and the rosebush ended. In what seemed like overnight, soon there was no sign of the rosebush at all, only a big tree in the place of what used to be a rosebush. The tree looked nothing like the rosebush at all. Although it fought me every single time; it gave over to the tree without any incident at all. 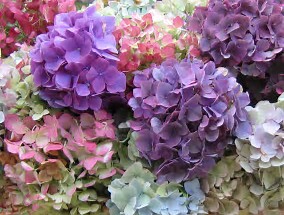 In the meantime, the hydrangea continued to grow in its many colors and became huge. It only had an occasional weed and soon overpowered anything that came for it. It was determined to survive. Nothing could overtake it. It would adjust its color to the ph balance in the ground and go from purple to blue to white. It was a huge beautiful plant that although it did not have all the beauty of the roses starting out, it endured until the end and actually lasted longer than the roses. I purchased ten rosebushes and two hydrangeas. I now have two each. The hydrangeas are just as big as the rosebushes. They are continuing to grow.

Moral: It doesn’t matter what you started out with. If you are determined to grow and survive, you are built to last. Apply yourself toward learning. Learn how to become stronger…more knowledgeable of those things you don’t know…be like the hydrangeas. Nothing can stop you.  It’s not how your start out, but how you end. You were built to ENDURE.

Street.com cites, “The current shutdown affects approximately 800,000 government employees. Among them, more than 380,000 have been furloughed and another 420,000 continue to work without pay.” In 2013, I was

In the time of LSMB Business Solutions’ existence, I’ve ran across all types of small business people. Some have been in business for several years. Some are new to business

Want to Schedule an Appointment?